Destiny of the Republic: A Tale of Madness, Medicine and the Murder of a President Paperback – June 12, 2012

yeah I'm not trying to dispute the quality of your meme within the virgin-vs-chad archetype (its good shit) I'm just pointing out that Garfield was a really interesting character and he would have made a great president, as historical note. We lost a good man when he was killed, this is a great book about him.

What book would you give to a guy who's into history? [R]

What kind of history?

Candice Millard is my favorite history author lately. My favorite of hers is Destiny of the Republic about the James Garfield assassination.

Is? Maybe. But, we've had people rise from humble beginnings to become president. James Garfield comes to mind. 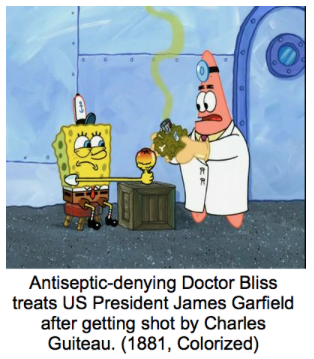 Poor James Garfield. Anyone interested in reading more about him and his unfortunate assassination should read Destiny of the Republic by Candice Millard.

As long as they don't die like Pres. Garfield did, because that was fucking tragic. (This book kinda messed me up: https://www.amazon.com/Destiny-Republic-Madness-Medicine-President/dp/0767929713 - tl;dr: he got shot just late enough that doctors tried to do something, but just early enough that they made everything worse.)

TIL that U.S. President James Garfield's great-great-grandson is the creator of Magic: The Gathering [R]

Not Magic-related but I have to plug this. Destiny of the Republic is a really fascinating biography of Garfield, who is maybe our most obscure president these days. The beginning covers his near-accidental rise to the presidency. After the shooting it splits into three different narratives: Charles Guiteau, the nutcase who shot him; Dr. Doctor (his real name), who gave him terrible medical treatment; and Alexander Graham Bell, who essentially invented the metal detector to try to find the bullet embedded inside him.

I don't read much history but this book has a couple of really powerful moments.

Which president fascinates you the most and why? [R]

Being a huge politics junkie, I research presidents quite a bit for fun in my free time and for school, no matter the party or ideology.

That being said, which president is the most interesting to you, whether that be due to their presidency or just life in general?

I didn't know much about James Garfield until I read Destiny of the Republic by Candice Millard (highly recommended, BTW). He was a brilliant man with a strong progressive vision - one wonders how our history would be different if he had lived.

Life was simple back then [R] 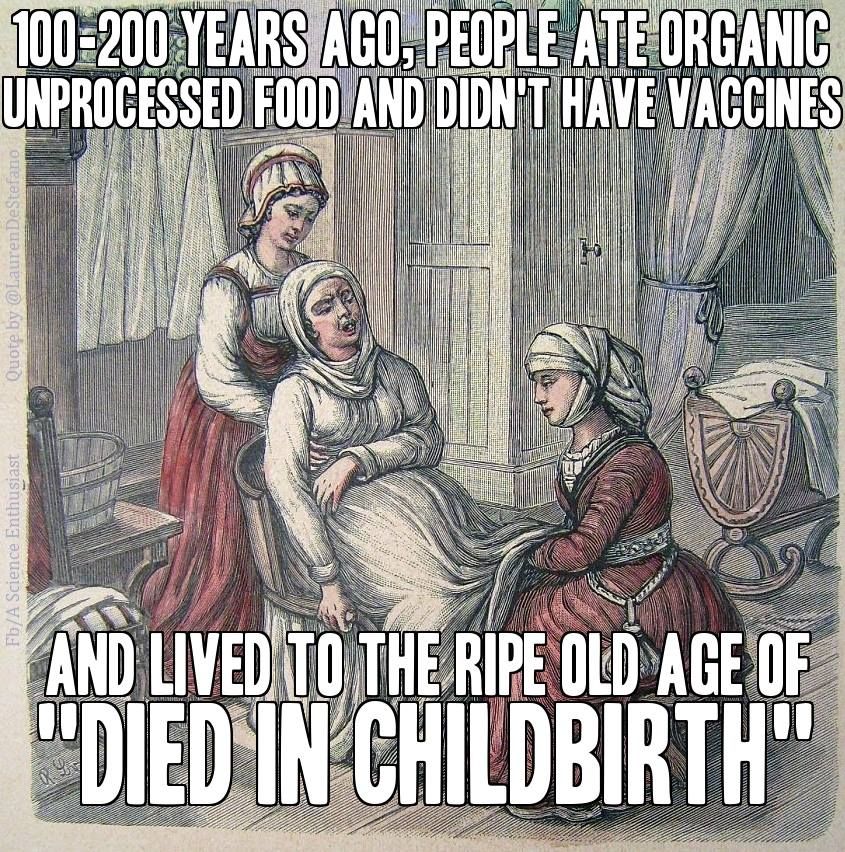 From the page you linked we see that that the good doctor was born in 1818 and did not begin introducing his reforms until 1847, slightly less than the 200 years ago I thought we were talking about. I missed that it was "100-200".

An interesting but brief coverage of the topic of how hand washing struggled into the main stream of medicine can be found in Destiny of the Republic: A Tale of Madness, Medicine and the Murder of a President which discusses it in the context of the assassination of President Garfield who likely would not have died from his injuries but did due to the poor hygiene of his physicians decades after Semmelweis's work became known. Another fun fact from this book is that Alexander Graham Bell invented the metal detector in an attempt to locate the bullet in the President's body.

TIL that Teddy Roosevelt volunteered for service in World War I ten years after having served as U.S. president. [R]

For those who want to read more into the tragedy of his assassination: http://www.amazon.com/Destiny-Republic-Madness-Medicine-President/dp/0767929713

The estimated site of the assassination of President James A. Garfield, around the center of Constitution Ave., near the National Gallery of Art. The site is unmarked. [R]

Garfield is the most criminally under appreciated U.S. President. After reading this this book I wanted to put him on Mt. Rushmore: http://www.amazon.com/Destiny-Republic-Madness-Medicine-President/dp/0767929713

I think the site deserves a plaque at least. #JusticeforJim

I want to take a break from the stuff I usually listen to so was wondering if you kind people could recommend some good auto/biographies! I have no real preference so anything is welcome. Thanks!

Destiny of the Republic: A Tale of Madness, Medicine and the Murder of a President. This was probably the best book I listened to last year.

What is a book that completely changed your mind about something? [R]

Maybe not "changed my mind" but certainly opened my mind - Destiny of a Republic: A Tale of Madness, Medicine and the Murder of a President by Candice Millard. I had no idea that this had gone on, what happened and who all was involved in the election and eventual death of James Garfield.

Destiny of the Republic: A Tale of Madness, Medicine, and the Murder of a President by Candice Millard touches on all three of these subjects. It's about the assassination of President Garfield. 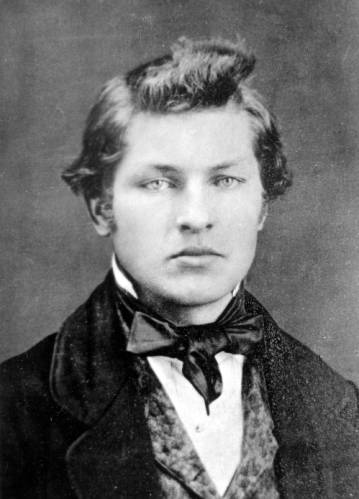 If you haven't read Destiny of the Republic by Candice Millard, then do yourself a favor. An amazing story well told.

TIL President James Garfield entertained his friends by having them ask him questions, and then writing the answer in Latin with one hand while simultaneously answering in Greek with the other. [R]

I never knew much about President Garfield (other than the fact that he was assassinated) until I read Destiny of the Republic by Candice Millard. James Garfield was a brilliant man, and you have to wonder what he might have accomplished (and how history might have been different) if he hadn't been shot so soon after taking office.

TIL that the doctor who treated U.S. president James A. Garfield after he was fatally wounded by an assassin's bullet was named Dr. Doctor Willard Bliss, a doctor whose first name was actually "Doctor." [R]

It was less their dirty practices (although it certainly didn't help) than it was the absolute egotism of Dr. Doctor. He refused any second opinions, believing this to be the "case of his life." He allowed no one inside to visit Garfield as he got sicker because he was embarrassed. He didn't allow proper ventilation in the room because he thought they air would make Garfield sicker even though it was hot as shit. He refused the help of the brand new x-ray, which would have found the bullets they searched for in vain. The x-ray misread the locale of the bullets because of the metal spring bed Garfield was on the first time they tried. When the inventor realized this and returned, the doctor refused him.

Garfield died because of that man's giant fucking ego. He would have been a really great president.

Please read The Destiny of the Republic by Candace Millard if you're interested in more. :)

I have heard before that the President used to be very accessible to the public, citizens could just walk up to the White House and knock and request to speak with the president. How truthful is this? [R]

I'm not a historian, but I recently read Destiny of the Republic: A Tale of Madness, Medicine and the Murder of a President by Candice Millard. In the book. Millard talks about how Garfield's assassin, Charles Guiteau, would visit the White House every day planning to sit and meet with Garfield to discuss a position within the cabinet. He got at least one face-to-face meeting. The White House also held receptions open to anyone that wished to attend. I'd have to sift through the entire book to find specific mention of what you asked for, but in any case visitors were screened by the President's private secretary Joseph Stanley Brown and either got to sit with the President or not.

It's pretty wild to consider but at that time, even though Lincoln had been assassinated only 16 years earlier, the general attitude was that because the American population had the power to choose the President there was little cause for angry rebellion. It was also general consensus that even if he was at a higher risk than the average person, nothing could be done about it anyway.

Edit: OK I found something. Garfield held calling hours of 10:30 a.m. to 1:30 p.m. and the White House typically had long lines of people seeking office or audience with him. It's probably mentioned in the book that Presidents were always very accessible, but I haven't found it yet. 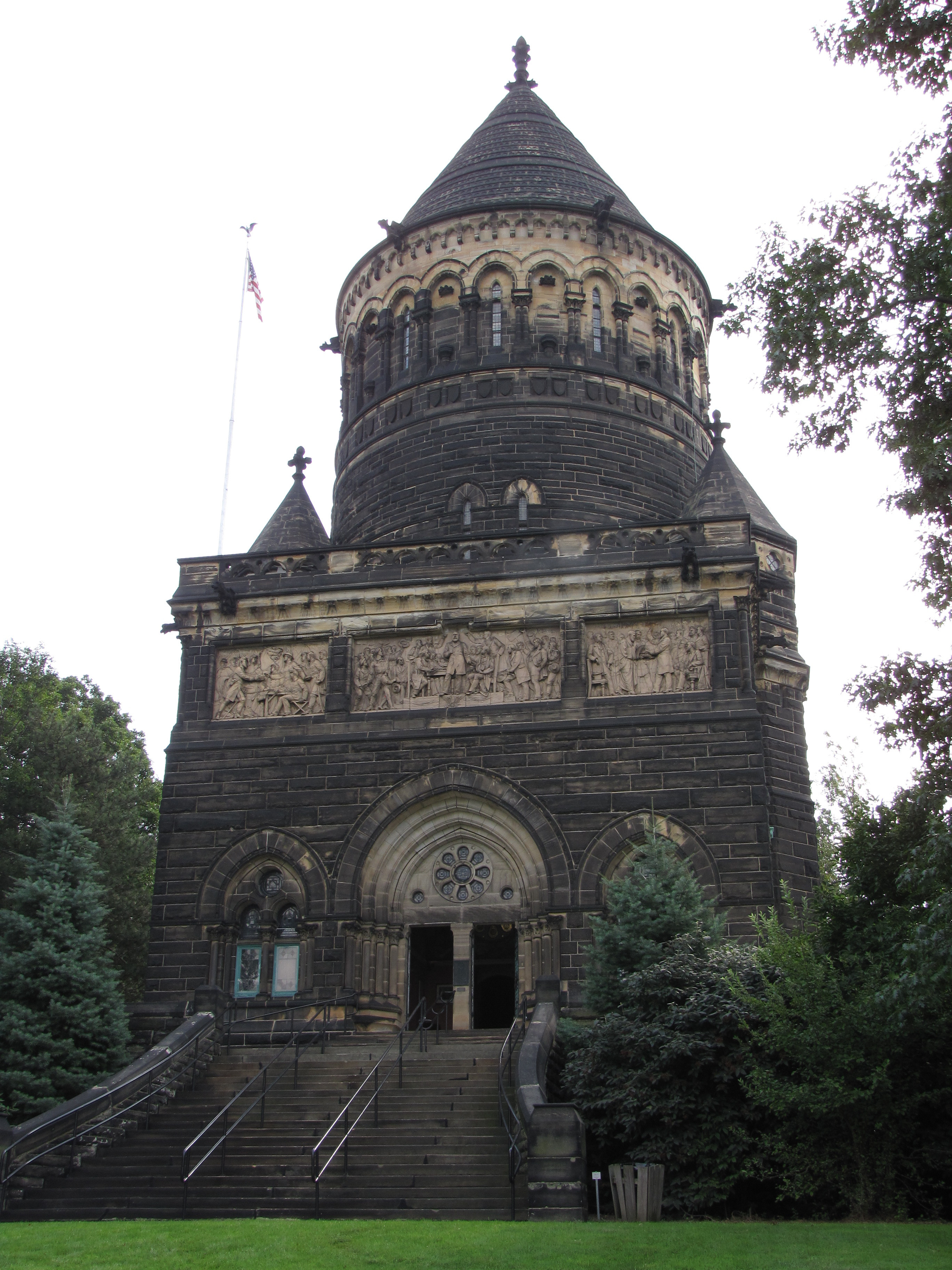 I was thinking the same thing: this enormous tomb is a little much for a president who was in office for just six months. I get that Garfield was assassinated, I read Destiny of the Republic, but when compared to the modest tombs of say, George Washington or Thomas Jefferson it really seems like someone was overcompensating...

TIL President Garfield's assassin purchased the gun he thought would look the best in a museum. [R]

Joseph Lister, a British surgeon and a pioneer of antiseptics, had gone around the US, including the World's Fair, trying to get American doctors to use his techniques. Many were skeptical, others used some of techniques but ended up infecting their instruments anyway with their half measures. Some even called his theories dangerous. One of the vilest things they did was run stitching thread through loops on their coats which became thick with blood, pus, etc. The more blood and pus on your coat, the better the doctor. Pus was "healthy", and rural doctors sometimes stuck cow manure in wounds.

One of these skeptics was the chief doctor who treated Garfield. He had been run out a medical society for embracing homeopathy in the past, he later apologized and renounced homeopathy to regain his status. Now he was a firm skeptic of new ideas. He and the surgeons assisting him infected and reinfected Garfield, killing a very strong man slowly as his body filled with pus. When they performed the autopsy the area they had probed with their dirty instruments wasn't even close to where the bullet was. If they hadn't treated him, he likely would have survived. Many of the soldiers in the recent Civil War had survived because there weren't enough doctors to treat everyone, and they weren't killed by the doctors.

Interesting trivia: Alexander Graham Bell invented a metal detector to find the bullet in Garfield, but user error and prior coaching on the "known" location of the bullet kept him from saving Garfield.

source: Destiny of the Republic: A Tale of Madness, Medicine and the Murder of a President by Candice Millard

I highly recommend this book, I listened to the audiobook recently.

TIL President Garfield's assassin purchased the gun he thought would look the best in a museum. [R]

Came to say these things! Also, that John Wilkes' Booth's brother, Edwin, saved Robert Todd Lincoln from death by pulling him back from a train platform.

RTL is nicknamed "Jinxy McDeath" by Sarah Vowell for those reasons. For being Lincoln's son, for having been at the platform Garfield was shot right before he was, and for being in Buffalo for the Exposition when McKinley was assassinated.

Destiny of the Republic is a fantastic read, I highly recommend it for anyone interested in Garfield, Presidential assassinations, or Guiteau.

TIL that a man graduated from Columbia after performing his janitorial duties at the school full-time for 12 years. [R]

Might be a little longer than you were hoping for, but here you go.